We don’t always think deeply about church ordinances or traditions we celebrate within the church. But if you find yourself simply going through the motions or feeling disengaged from God, often we need to find a way to engage our mind and heart a bit more. One quick way to do this is by studying a bit of history in order to understand why the church today does things the way she does. Studying the history also keeps us aware of correct doctrine and helps us guard against false beliefs that may tempt us away from Scriptural mandates.

Part 1 discussed why the Lord’s Supper became so important during the Reformation. In Part 2, let’s look at the meaning behind the Lord’s Supper and see if we can engage our hearts and minds a bit more next time we participate in communion.

The Lord’s Presence According to Martin Luther

During the Reformation, there was much discussion, study, and eventually division among the reformers concerning the Lord’s Presence.  Martin Luther disagree with the Roman Catholic view on the presence of Christ. He believed that while the Lord’s presence was in the Sacrament, the elements themselves did not physically change. This view came to be called consubstantiation.  While this view is similar to the Roman Catholics belief in transubstantiation, the disagreement came from the mode of Christ’s presence.

Luther insisted that Christ was invisible but bodily present in both the bread and wine. This means that as one partakes, Christ is physically near to everyone who partakes. Luther claimed the phrase “this is my body” needed to be “understood in their utmost simplicity”.

Luther’s belief hinges on the word “is” found in Matthew 26:26.  He believed others who interpreted the Lord’s Supper differently were changing the meaning of the word “is”. For example, he believed Zwingli changed the meaning of “is” to mean “signifies”. To Luther, changing the meaning was the same thing the Roman Catholic church was doing by using their own words and tradition to have more authority than the Word of God. He adamantly fought for his position as the only Scriptural truth and way to view the presence of Christ in the Lord’s Supper.

The Lord’s Presence According to Huldrich Zwingli

Huldrich Zwingli was perhaps the strongest voice against Luther’s view of the Lord’s Supper.  Zwingli believed that because Christ was already seated at the right hand of God (Colossians 3:1), He cannot also be present physically at the Lord’s Supper.

Rather, the Lord’s Supper is simply a sign, or a memorial, of the body of Christ.  In contrast to Luther’s view of the word “is”, Zwingli stated the phrase was figurative language. He pointed to other passages where Jesus used figurative language to describe Himself or the Kingdom of God as proof. He stated, “the Supper is simply a memorial of Christ’s death: the bread is only a figure of his body to remind us in the Supper that the body was crucified for us”

The Lord’s Presence According to John Calvin

Calvin believed the Eucharist was “ordained to be frequently used among all Christians in order that they might frequently return in memory to Christ’s Passion, by such remembrance to sustain and strengthen their faith, and urge themselves to sing thanksgiving to God and to proclaim his goodness…”

Calvin became a middle ground between Luther and  Zwingli. Calvin did not embrace the physical presence of Christ in the Lord’s Supper as Luther did. He also did not deny the spiritual presence of Christ in the Sacraments as Zwingli taught.  Calvin agreed with Zwingli that the Lord’s Supper was a memorial of the death and resurrection of Christ. But at the same time takes it a step further. He stated, “the Supper’s chief function is not simply to  recall the cross to our minds, but to seal and confirm that promise by which he testifies that his flesh is food indeed and his blood is drink (John 6:56), which feed us unto eternal life (John 6:55).

Whether one believes Luther, Calvin, or Zwingli’s opinion about the presence of Christ is important, but it isn’t the main point. The purpose of the Lord’s Supper has always been to pause, reflect, and humble oneself before the work of Christ. Life moves fast. As we take communion, we are given a gift to stop the chaos in our brains and remember that salvation belongs to God alone. We are reminded Christ is powerful enough to defeat death. That same power can care of every circumstance in our life.

And that, my friends is very comforting and good news.

Photo by David Weber on Unsplash 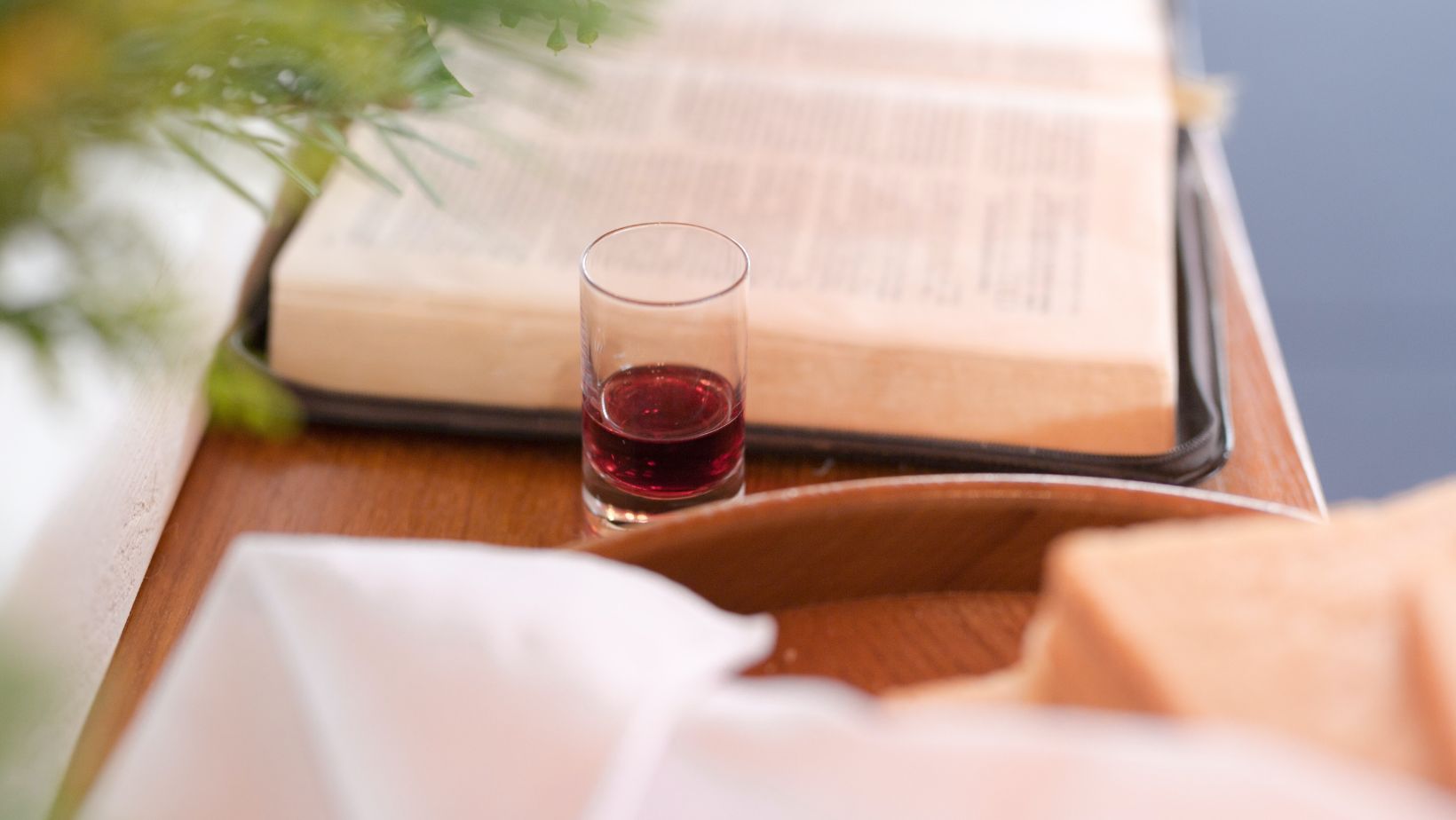