The Bible has so much to say to help us know the difference between wisdom and foolishness. Take for example this verse in Proverbs.

“Let a man meet a she-bear robbed of her cubs rather than a fool in his folly” Proverbs 17:12

What a statement about the difference between seeking wisdom and seeking folly.

It is better for you to actually run into a crazy momma bear ready to tear you apart than to interact with a fool in the midst of making foolish decisions.

Just let that sink in for a moment and picture the scene.

Picture a friend, co-worker, or loved one making a life decision, maybe several life decisions, that aren’t going to turn out well in the end.  You step in wanting to help and are met with anger, disgust, rage, and maybe retaliation.

Can you picture it?  Feel it?  Have you been in this spot before? The pain that lingers in your heart from the words said, the friendship lost, or the gossip spread about you as a result of you attempting to help them seek wisdom is hard to overcome.

Worse than an angry momma-bear lashing out after losing her cubs.

But now reverse that scenario.

What happens when YOU are the one being corrected?

When someone points out a decision that might be unwise and asks you to think through your decision differently.  What do YOU feel in those moments when someone tells you wisdom might look different than your current decision?

Most of the time we tend to feel anger, defensive, and misunderstood. Often we believe the world is against us and simply doesn’t understand our point of view.  Maybe you react to the correction by pushing away or simply dismissing the advice3.  You probably feel justified in your anger, defensive of your opinion, and decisive that you are doing what’s right for you.

While your emotions, and maybe even society around you, may tell you you are correct, the Bible is pretty clear that these attitudes I just described are folly. For more help on discerning your emotions, this post can help.

It is better for your family and friends to run across a momma-bear in a rage than to try to correct you in your folly.

That stings a bit doesn’t it?

We’ve all been on both sides of the coin.  But maybe that image of the momma-bear is good for us to imagine. Hopefully that image flashes through your mind the next time we are confronted with our weaknesses and our emotions want to rage out of control. Let it slow us down enough to listen to the wisdom we need.

At least I pray it is so with me.

“The discerning sets his face toward wisdom but the eyes of the fool are on the ends of the earth” Proverbs 17:24 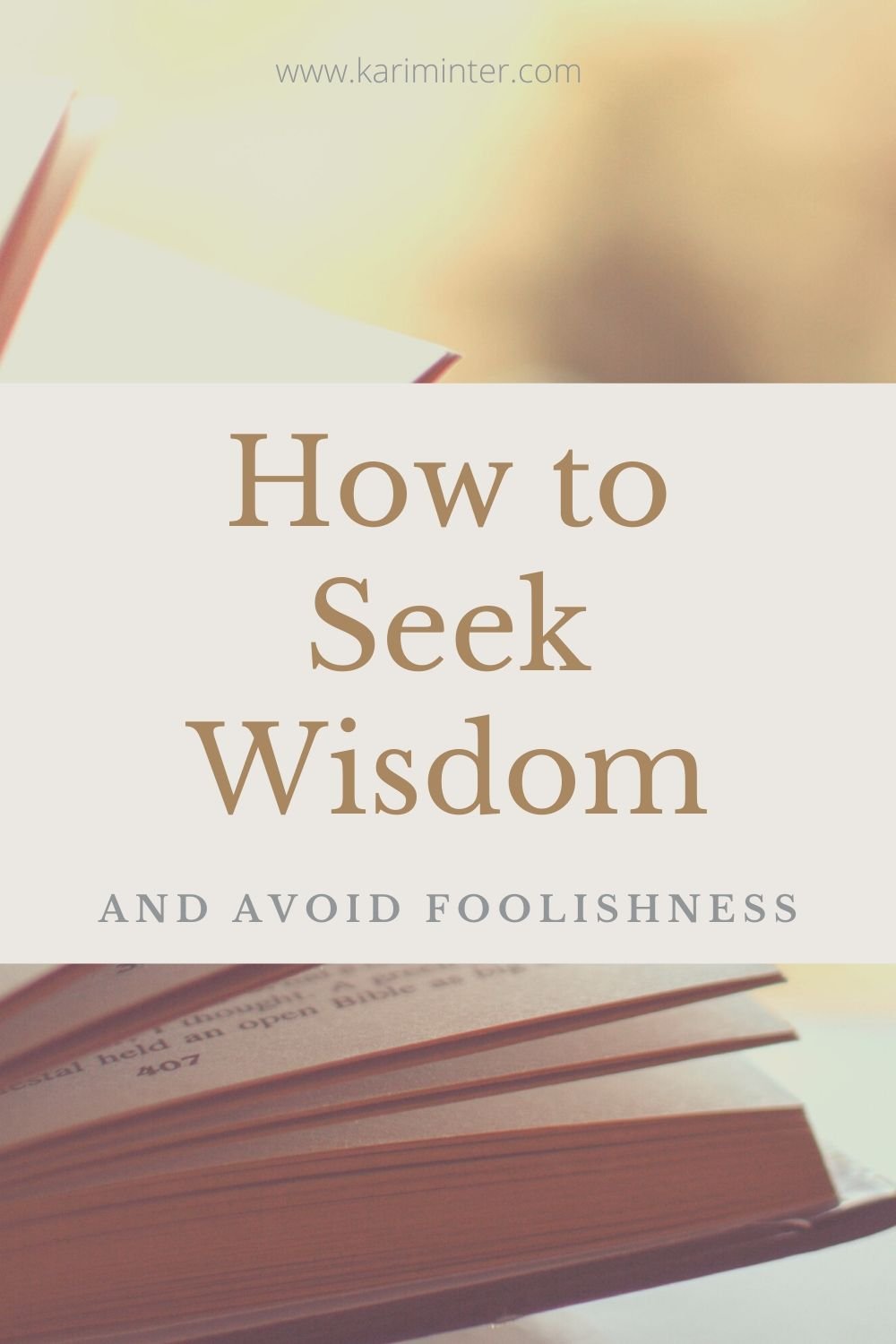